Born and raised in Taiwan, Dr. Kevin Lee moved to Richmond, BC with my family in 1999 when he was 15 years old. Dr. Lee received his Bachelor of Science (Biochemistry) Degree and Doctor of Dental Medicine degree from the University of British Columbia in 2011. After spending a year working as a full-time hospital dental resident at the Montefiore Medical Center in the exciting city of Bronx, New York (Yankees!), Dr. Lee came home to British Columbia, where he spent three years at UBC to complete graduate training in orthodontics. He also earned a Master of Science degree in Craniofacial Biology for his study of Dentofacial Morphology in Children with Obstructive Sleep Apnea.

Dr. Lee lives in Richmond with his wife Dr. Sherry Liu, a local family dentist. They are expecting the birth of their first child in January 2017. In his spare time, Dr. Lee enjoys photography, cooking, movies, and spending time with families and friends. He also volunteers at Willingdon Church as photographer and First Aid Responder. 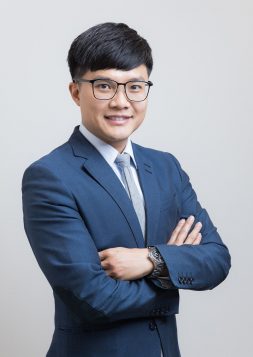 “The unique combination of art, mechanics, and science required to treat every patient is what made orthodontics fascinating to me. Because every smile and patient is unique and different, a customized treatment plan is formed for each person to provide a balance between function, aesthetic, and health. As a board-certified orthodontist, I am passionate in updating myself with the most advanced knowledge and skill to provide quicker, easier, and most predictable treatment options for my patients. I am excited for the opportunities to meet with every one of my patients to share my knowledge, skill, and passion in orthodontics, and to form a long lasting partnership with them.”

See What Our Patients Are Saying About Us

I'm glad I found such a professional dental office.

The staff is very enthusiastic and the dentists are very professional and responsible. It took me only ten months to complete my orthodontic work. It was perfect. Dr. Lee is super nice, patient and responsible.

I loved it here!

The staff here is so amazing, kind and understanding. I would definitely recommend everyone coming here !

I'm really happy with how my treatment has been going

The result of when I got my braces off really surprised me and I’m really glad with how they turned out. I couldn’t be more happier with my teeth and thank you to all the staff that helped me at all the appointments and especially Dr. Wang and Dr. Lee.

Reception was very welcoming and helpful.

Short wait time and Doctor was very clear and quick with what was happening and tightening. Timeline provided when requested. Thank you!

The receptionists are all very friendly and helpful, and everyone does an amazing job of helping you through the process of braces.

An appointment full of good humor and laughs.

Your first consultation is on us.  During your initial consultation, we will understand your situation, perform a visual examination of your bite, recommend a treatment plan and answer any questions or concerns you may have.

Get a Free Consultation

answer our 1 minute questionnaire and get a free consultation with our orthodontist!

WHAT ARE YOU LOOKING FOR?

LOOKING FOR BRACES
LOOKING FOR Invisalign
NOT SURE YET
want to learn more!
GET STARTED!